The who, what, where, when, why, and how of trademarks.

In September 2016, the logo for the 2020 Summer Olympics in Tokyo was accused of being similar to the logo for Belgium’s Théâtre de Liège. In the wake of the controversy, the International Olympic Committee (IOC) scrapped the logo and started over (http://www.theguardian.com/world/2015/sep/01/tokyo-2020-olympics-logo-scrapped-after-allegations-of-plagiarism). But did they really need to?

Politically, starting over was a wise move. The Olympics conjures up images of victorious underdogs, good sportsmanship, and family values – not trademark bullying. This was not, after all, the first time a summer Olympics logo has been embroiled in controversy. In June 2007, there was ample controversy surrounding the 2012 London Olympics logo, including that it looked like cartoon character Lisa Simpson (http://www.theguardian.com/artanddesign/artblog/2007/jun/05/howlisasimpsontooktheolym). In January 2011, the 2016 Rio Olympics logo created controversy for being strikingly similar to the logo of Colorado charity The Telluride Foundation (http://designcrave.com/2011-01-04/2016-rio-olympics-logo-controversy-what-do-you-think/).

But what about legally? Did the IOC really need to abandon its proposed 2020 logo? Before looking at that specific question, let’s consider the roll of trademarks generally.

Where Should Companies Register Trademarks?

Who Can Register Trademarks?

In the US, a trademark applicant must be using its trademark in interstate commerce (i.e. in multiple states or countries) in order to qualify for federal registration. So while a trademark law firm in Boston qualifies for federal protection for its trademarks (because its practice is federal law and its clients are located nationwide and worldwide), a criminal defense law firm in Texas does not qualify for federal protection (because its practice is state law and its clients are located only in Texas).

There are about 30 million companies in the US, but there are only about 4 million trademarks in the United States Patent and Trademark Office (USPTO) trademark database. The average company has about four trademarks: their name, their logo, the name of their primary product or service, and their tagline. This means that there are only about one million unique companies in the USPTO’s trademark database. Put another way, about 97% of US companies (29 of 30 million) have filed no trademark applications at all.

In the Internet age, it is likely that many companies’ products and services are being advertised and sold across state lines and that, as a result, many more companies qualify for federal trademark protection than file.

What Can Be Registered As A Trademark?

How And When Should Companies Register Trademarks?

Ideally, a company would conduct a trademark clearance search after choosing – but before using – its trademark. It is much easier to change a name before launching a product or service than after. And it is much easier to avoid trademark conflicts if you do your homework and conduct a proper trademark search. It can cost $50K or more for a startup to rebrand, but it costs about a tenth of that to protect its name.

The USPTO publishes the US Trademark Design Search Code Manual, which assigns six-digit numbers (design search codes) to text descriptions of various graphic elements. Considering the 2020 Tokyo Olympics logo controversy, would the vertical line that forms the “T” in both logos be characterized as a rectangle (design code 26.11), a quadrilateral (26.13), or both? Does it matter that both logos may be characterized as “geometric figures forming letters, numerals or punctuation” (design code 27.03.01)? What if a similar trademark had all of the same elements but was not intended to form the letter “T”?

If you craft your logo trademark search too broadly, then you’ll have hundreds (if not thousands) of trademarks to review. If you craft your search too narrowly, then you’ll likely miss something important. A search for “plain single line circles” (design code 26.01.02) and “plain single line rectangles” (design code 26.11.02) yields, for example, 2795 results.

And how close is close enough? If you were the IOC, would you be concerned about any of these logos? 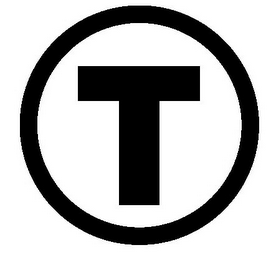 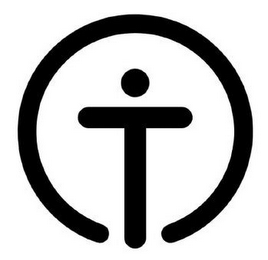 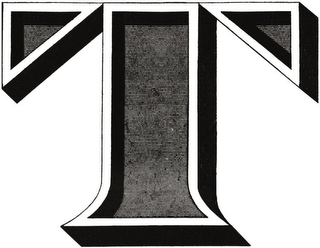 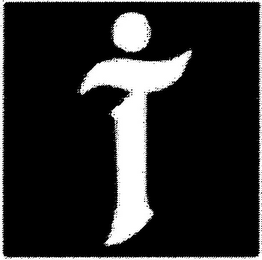 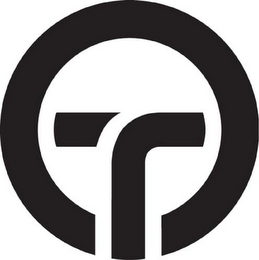 And if you are familiar with Boston, then you may be surprised to learn that the first logo above is not that of the MBTA! (Click on any logo to see its corresponding owner.)

If you were the IOC, would you be concerned about a theatre in Belgium? In the US, in order for the legal standard of “likelihood of confusion” to be met, both the trademarks and the products/services need to be close enough. Certainly the “T” portion of both logos are similar if not identical. And both the theatrical arts and sporting events are forms of entertainment. Is that enough? I think that if the Belgium theatre had been able to register the “T” portion of its logo alone, then certainly it could make a strong case for likelihood of confusion.

Even if you could search all 4 million trademarks (including about 1.2 million logos) with confidence, you would only be searching the tip of the trademark and logo iceberg, since there are many more logos in use than in the USPTO’s database. Fortunately, image-based search engines can provide results that may not be in the USPTO’s database. Google Images search can help find exact copies of images as well as images that are “visually similar” (whatever that means). TinEye reverse image search is another good way to find exact and similar versions of images.

Is Your Logo At Risk?

Anyone with a logo and customers in more than one state should consider registering their logo as a trademark. Anyone hiring a designer to create a new logo should consider the trademark implications of the new logo. For example, do you really want horizontal, vertical, and square versions of your logo? Each of those is a separate trademark that would need to be registered separately. In the old days, when TV and billboards were the norm for logos, marketing professionals were taught that horizontal logos were preferable to vertical ones. In today’s Internet, which is dominated by social media, square logos are the norm. The register-what-you-use-and-use-what-you-register rule gets complicated (and expensive) if you have multiple versions of your logo.

If you have a strong logo, as both Belgium’s Théâtre de Liège and Colorado’s The Telluride Foundation do, then you should keep an eye out for copycat logos and defend your turf accordingly. Just as registered word trademarks protect against words that sound the same, registered logo trademarks protect against logos that look the same. IMHO, the (now rejected) 2020 Olympics logo looks nearly the same as the logo for Belgium’s Théâtre de Liège. If I were a notable person, place, or thing with my own Wikipedia page (such as Belgium’s Théâtre de Liège), then I would complain if the Olympics copied my logo. Even if I weren’t notable then I’d likely complain because, hey, free press!

What Should The IOC Do Differently?

The IOC has filed nearly 200 trademark applications in the US alone, including for games located outside of the US. So presumably the IOC has a clue about trademarks.

Considering how poorly the IOC has done rolling out controversy-free logos, perhaps it should adopt a new approach. Rather than simply announcing that it has chosen a new logo, the IOC should announce a handful of logo finalists. Heck, the IOC could even let people vote for their favorites! Then the IOC would have less controversy and more buy-in.

To be fair to the IOC, the best trademark search in the world likely would not have found the similar logo in this case. In the US, a theatre with one location wouldn’t necessarily even qualify for federal protection. On the other hand, federal protection isn’t everything. Even a company with one store in one state has common law trademark rights that can be damaged by a confusingly similar national trademark.

One thing is for sure, those who know their logos best will spot copycats. Just like art, trademark likelihood of confusion is often in the eye of the beholder – you know it when you see it.