With a little caveat about statistical significance. 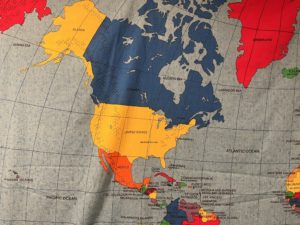 EDITOR’S NOTE: This is a companion piece to “* GiantPeople RIFKIN Report #0 – Introducing RIFKIN For Connectors.” While related, the two pieces were different enough to warrant separate treatment. Originally published 2022-04-01.

When I was beta-testing RIFKIN, I was looking for a network (group of contacts) to give context to the test group. The problem is that every network that I evaluated (including Harvard, MIT, lawyers, MassChallenge, and Techstars) skewed giver.

But, of course, data can be sorted in many ways. And when I started evaluating networks (groups of contacts) geographically, patterns started to emerge.

So I evaluated all 50 states and ranked them from the most giverish states to the most takerish states. The good news is that the giver states outnumber the taker states. The bad news is that I did not have enough data for several states (noted with “NA” in the “Rank” column below) for the results to be statistically significant. I have, for example, zero contacts in either Mississippi or North Dakota.

Here’s my caveat re statistical significance. (And here I will note that I really enjoyed statistics while at MIT.) If you have a random sample of people (for a survey, for example) and want to achieve a plus-or-minus five percent error rate, then you only need to survey 400 people. That’s because the formula for the error rate is one divided by the square root of “N,” where “N” is the number of people surveyed. The square root of 400 is 20. One divided by 20 is five percent. So if you only surveyed 100 (random) people, then the error rate would be 10%, and you would have to survey 10,000 (random) people to get an error rate of 1%. In any event, if you’d like me to include the “NA” states in a future analysis – and are from one of those states – then feel free to connect with me on LinkedIn.

And to avoid any speculation about politics, I will politely point out that I have never belonged to any political party. Under “political views” in Facebook, I wrote this: “I vote for the smartest candidate. It doesn’t always work out.”

So Florida is the most takerish state, with a normalized score of -100. Nevada is the most giverish state, with a normalized score of 60.3. Alaska is almost as giverish (35.6) as Oklahoma is takerish (-35.8). My home state, Massachusetts, just misses out on the top 10 giver states, which surprises me a bit. The only takerish state I’ve ever lived in is Texas (while I was on active duty in the USAF).

If you would like to get deep insight into your own contacts, then please contact me at info@giantpeople.com.