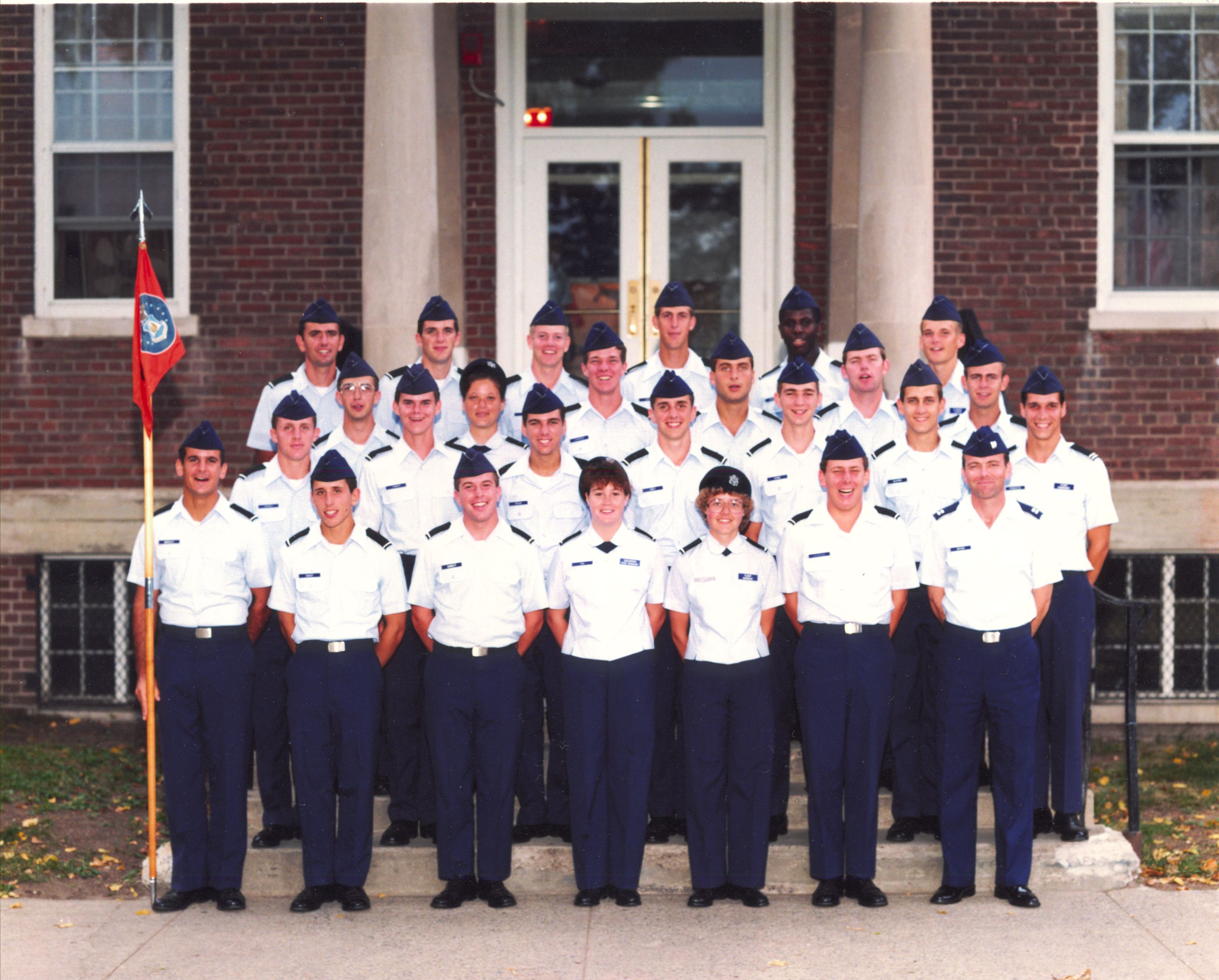 I was in the Air Force Reserve Officer Training Corps (AFROTC) from 1984-1988 while a student at MIT, commissioned in 1988 as a second lieutenant, served on active duty until 1992, and was in the Inactive Ready Reserves (IRR) until 2006.

I always think of my service, and the people I served with, on this day, Veterans Day. No matter how important you become in the military, the military will live on without you, so it is clear that the military needs nobody. But as we fight with enemies foreign and domestic, tangible and intangible, it is also clear that everybody needs the military.

The photo above was taken at my four-week Air Force ROTC field training at Plattsburgh Air Force Base, New York, summer 1986. (Plattsburgh AFB closed in 1995.) Many names I have forgotten, but some names and nicknames I remember, like Mr. Beautiful (front row, 2nd from right), Marine guy (front row, far left; yelled in his sleep in a fox hole), Kilper(sp) (fell asleep on the bus), astronomy guy (back row, far right; knew enough about the stars to get us lost in a swamp), Dave Doucet (front row, second from left), and Jeff Pennington (second row, far right). I’m in the middle, second row. I recently learned that Jeff Pennington is now Col. Jeffrey T. Pennington, which is awesome. So, ladies and gentleman of F-Flight, maybe you can help fill in the gaps on this photo for me.

I am also in touch with several folks who served on active duty with me and remember them on this day as well. See links below.

I don’t really celebrate Veterans Day; I contemplate it. I always come to the same conclusion: I am glad that I served, I am blessed for the friends I made, and I am thankful for those who continue to serve in these troubled times.