And other things I don’t miss. 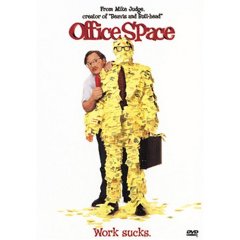 Sunday 04/22/07 is the fifth anniversary of the last PowerPoint presentation I created. And I didn’t even do it for Clock Tower Law Group. When I started my own law firm, one of the benefits that was immediately obvious was that there were no meetings. As the firm has grown, I’ve had to drop the “no meetings” rule, and we do have a Monday morning docketing meeting. But that segues nicely into lunch, which is always a fun part of the day.

When I was in the Air Force, I created lots of PowerPoint presentations. But I think my PowerPoint skills peaked when I was at Verio. At Verio, people often complained about “not being in the loop.” The complaint typically came, ironically, after they’d just been put in the loop about some issue. So I often used the titles of my PowerPoint presentations to make more than one point. Here are some of my favorite titles:

So the lesson here is simple. Start your own business and you can give up meetings, PowerPoint, MS Office, and coffee. Or you could go back to doing your TPS reports. Your pick.