Clocktower Law serves startups. Some ideas succeed, some fail. But most are somewhere in the middle, where little things matter. So what happens when you’re in the middle and your VC changes course? This is the story of one such startup, who shall remain nameless. The VC shall also remain nameless, but if you search, you’ll find them. 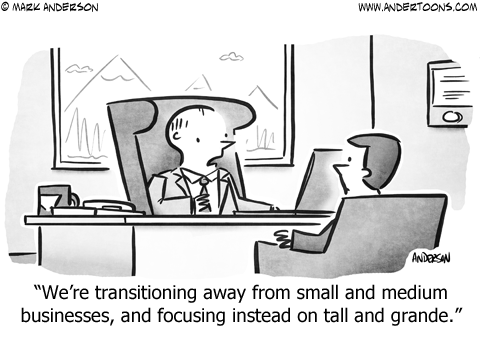 Names and places have been omitted to protect the innocent.

I began my passion project while my father was still alive. There was no question in my mind that there was a huge, global population who shared my need – a simple solution to connect geographically distant elderly family members…or more directly…something to assuage the guilt of sandwich parents everywhere.

Serial home run hitter? No. But I’ve done ok by my investors (and here I mean everyone who invested time, money, faith etc. in our businesses). I have a solid track record of innovation in my 25+ year stint at the intersections of communications and entertainment. I just thought the sheer size of the problem/opportunity would garner significant interest. The partner at one of the firms that backed my last startup stepped up immediately. His was a shared view of the problem and clear alignment on the business and social entrepreneurship opportunities – this was a chance to address a huge market need and make the world a better place.

One in, term sheet, team, big market, IP, what’s not to like, right? In retrospect, I should have listened a little more closely to those voices warning me to stay off the road.

Unless you’ve got cold fusion in a bathtub you’re in for a seemingly endless series of VC pitches (and even then, nothing’s guaranteed – see the Nikola Tesla VC pitch on Youtube). The hurdle height for a fellowship led by a guy pushing 50 spinning a consumer product story about people who were even older wasn’t readily apparent. The power of the millennials was growing in the west.

It took a while. A long while. Eventually, another intrepid VC joined our quest. He too lived the experience and understood the need. We carefully managed our relief as he leaned in making it clear he wanted to do a deal…our resources and options were all but spent.

From the heights we had ascended it looked like a clear managed, descent to a large seed round led by two respected firms, but this is where our story takes a turn for the worse.

It’s true of entrepreneurs, we simply don’t listen. We can’t really. As a very successful VC told me once, “look, we’re mostly wrong, don’t listen to us”. Besides, we’re supposed to challenge and push and cut paths through undiscovered country. And yet, we must fail fast too. Balance your rations. Don’t drink too much of your Kool-Aid. Stay off the road.

Meeting after meeting ended largely the same way. We had a cool product, a solid team, great investors, but they didn’t “understand” the space. No one’s going to say they don’t want to invest in old people, that they’re not early adopters, that they might actually die off in large numbers before you get your business to critical mass. Wait…actually someone did say that. Those millennials, one ring to rule the VC world. Swipe left.

Then there was the reticence to invest in consumer hardware projects, that is unless it might be a robot. (Robots are, well, cool…haven’t you seen that creepy headless “dog”?) Too complicated, too risky, too expensive, “Why don’t you just do this with software only?”.

I think most of these objections were just meat on the “no”. Unfortunately, while large (500m globally) the senior market is hard to reach. Customer acquisition cost is notoriously high. Selling indirectly (sandwich parent as purchaser) further complicates things. Still, it is a real need and a very large market equipped with motivated customers with purchasing power. There just isn’t a great wealth of patient capital out there chasing ideas like this. That’s too bad really.

I vividly recall my wife dropping the MIT magazine into my lap. On the cover, Buzz Aldrin. In bold text, “You promised me Mars colonies. Instead I got Facebook”. Inside, a short list of the biggest challenges facing us humans, challenges technology should take on. The ballooning epidemic of dementia and the overarching societal issue of the way we deal with aging in the west (see: “Being Mortal” by Atul Gawande) continue to motivate the choices I make in my professional life despite what happened with my startup.

If I were to end this commentary with a call to action, it would be for more technology investors to embrace a longer view, to adjust risk return metrics in favor of a mix of initiatives that are high risk/high return hockey sticks along with a couple tortoises. There are meaningful returns here and rich IP opportunities awaiting those with the tolerance and patience to pursue them. And hey, maybe an opportunity or two to truly make a difference.

I am deeply appreciative to all those who supported me on this adventure, including the publisher of this blog. To life, learning and failure…..it’s the new black.