Invention automation has the potential to disrupt patent law in a variety of ways that patent attorneys need to know about.

More and more frequently, software is being used to automate the process of conceiving of and designing new inventions. Humans, to be sure, still play a significant role in the inventive process and I find it more helpful to think about humans and computers as being collaborative partners in inventing than to think about software as replacing human inventors. But there is no doubt that computer automation is and, to an increasing extent will be, a game changer in the process of inventing.

I think this is such a significant development in the history of inventing that I wrote a book about this revolution in inventing: The Genie in the Machine: How Computer-Automated Inventing is Revolutionizing Law and Business (Stanford University Press 2009). By the time I finished the book, software had already played a significant role in inventing products ranging from toothbrushes to antennas to pharmaceuticals, and patents had been awarded on circuitry that had been designed almost entirely by software. Now almost ten years have passed and the pace of computerized inventing has accelerated as the result of exponentially more powerful hardware and long-awaited advances in artificial intelligence, such as deep learning.

Invention automation has the potential to disrupt patent law in a variety of ways that patent attorneys need to know about. For example:

If an advance in invention automation makes it significantly easier to churn out new inventions, should those inventions be patentable? What standard of obviousness should be applied to such inventions? If computers find it easy to generate inventions of a certain type, should we adopt a “CHOSITA”—computer having ordinary skill in the art—standard for obviousness?

Artificially-generated inventions can be difficult or even impossible for humans to understand. A NASA antenna that I described in The Genie in the Machine had a bizarre shape that looks like a crumpled-up paperclip. Although it can be shown, through testing, to work extremely well, the reasons why it works so well are not well-understood. How can an invention like this be described in a patent application in a way that satisfies the written description and enablement requirements, and that provides a scope of protection that is sufficiently broad to avoid design-arounds?

I’ve already had the good fortune to work through these issues with clients, which has been both exciting and nervewracking. Advising clients successfully on these kinds of issues requires a thorough understanding of patent law, the underlying technology, and—most importantly—a mind that is open to the disruptive implications of invention automation. 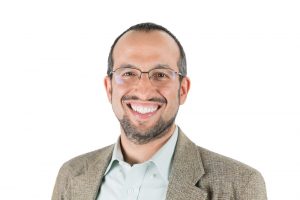