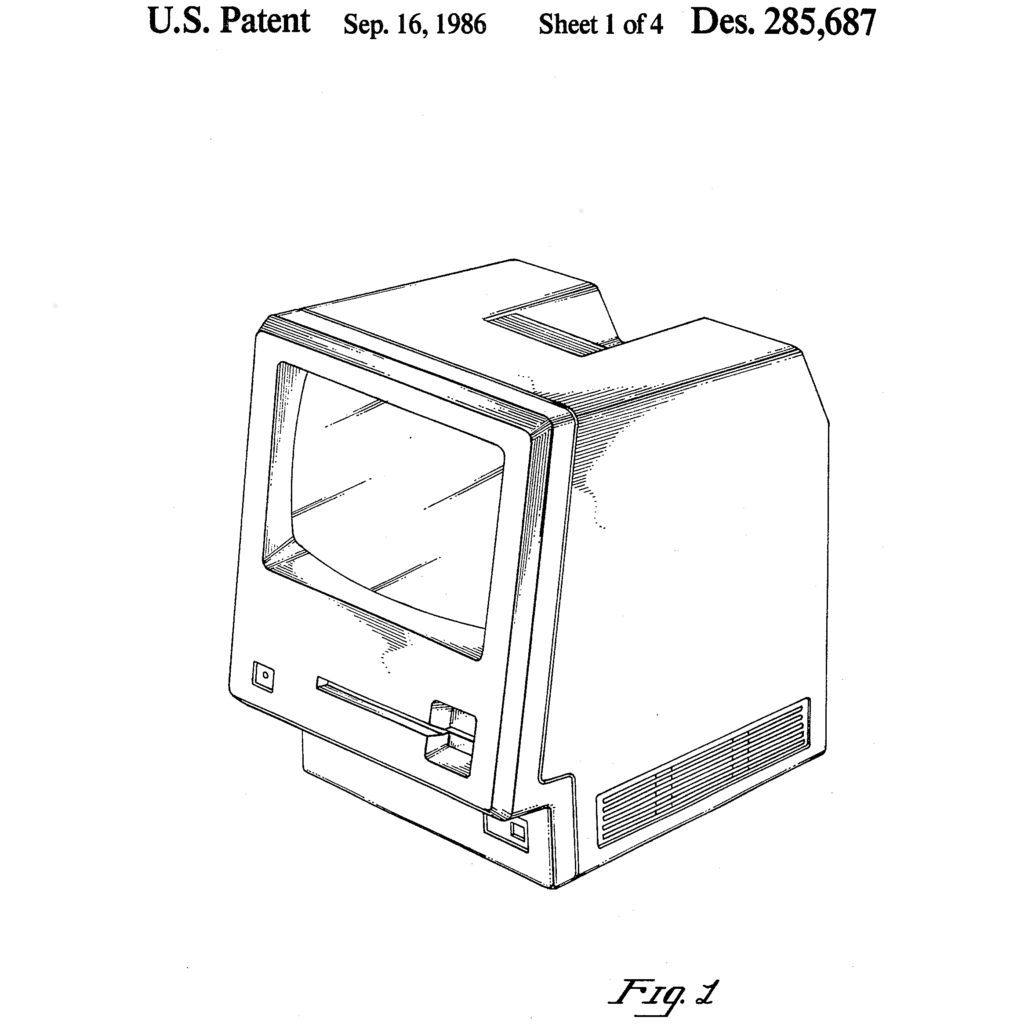 I mean look at US design patent USD285687S issued 1986-09-16 (with inventors Jerrold C. Manock, Terrell A. Oyama, and Steven P. Jobs) for the original 128K Macintosh computer! Did Bill Gates ever design anything like that? I don’t think so.

Steve Jobs has his name on many iconic Apple patents. Correctly, I might add. Because inventorship is all about whose idea each claim was. If one of the issued claims of a patent was your idea, then you should be listed as one of the inventors.

But Bill Gates did write MS-DOS, which was pretty good.