How to protect against identity theft.

In the summer of 2006, an employee of the Department of Veterans Affairs (VA) took a laptop home. The laptop contained social security numbers and other personal details for up to 26.5 million veterans and some spouses. The laptop was stolen. The laptop was later recovered, and the VA reported that the FBI was “highly confident” that sensitive data had not been accessed.

Question: If you were a data thief, would you do everything in your power possible to cover your tracks?

Question: Do you have confidence that personal data was not accessed?

It seems like I get one of these “oops we lost your personal data” letters nearly annually. Either from some government organization I’ve been associated with, a company that I worked for, or school that I attended. And I think that the problem is going to only get worse. 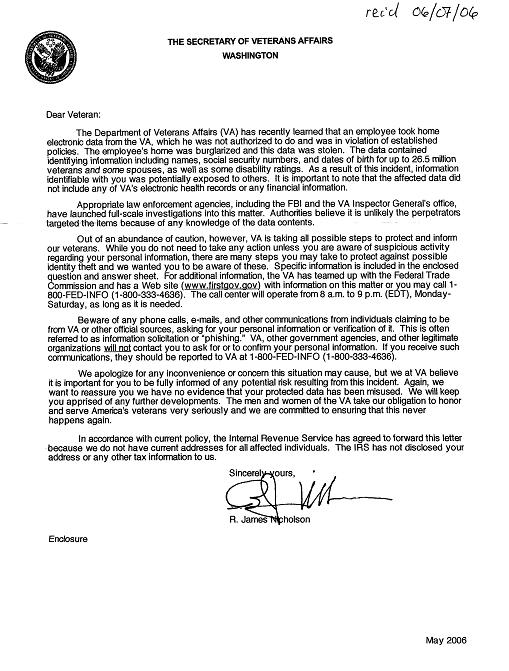 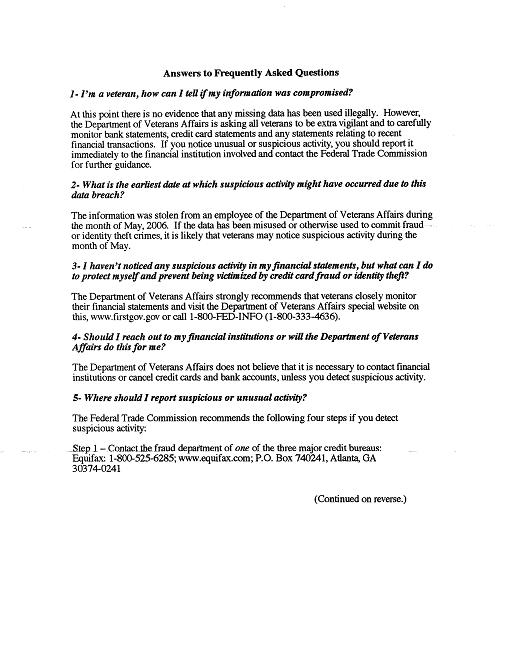 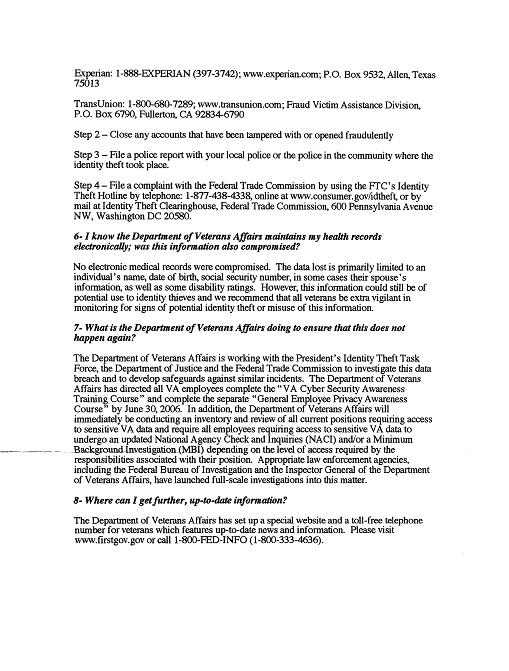 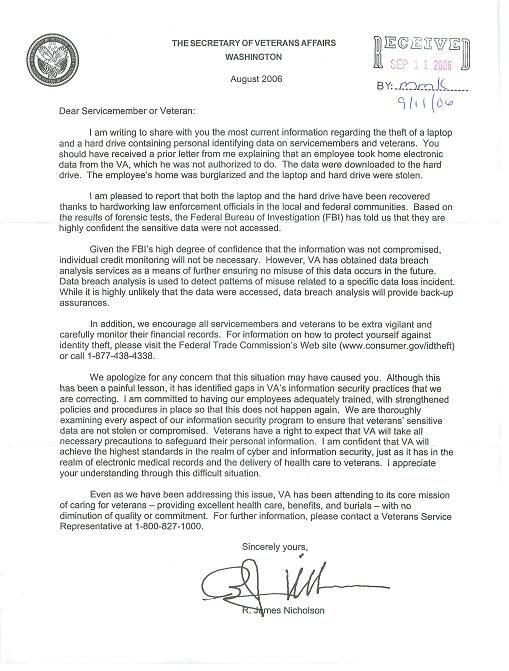