17 Seconds #57 – A Publication For Clients And Other VIPs Of Clocktower. 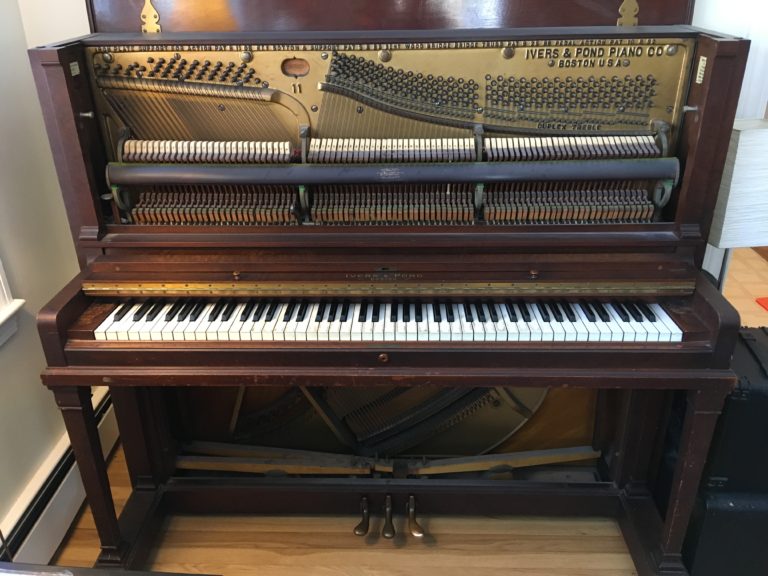 Our piano is nearly 100 years old. Recently, we had it tuned. Inside, there were many patent markings. This is (eventually) the story these patents tell.

Let’s start with the inscription:

A quick Internet search reveals the mailing address for this piano company, but the building no longer appears to be there. (An older building numbered 18 1/2 does appear to be the right age.)

Similarly, the Boston-based Ivers & Pond piano company was one of many companies that failed to survive the Great Depression, continuing on in name only. From the Antique Piano Shop website:

“Ivers & Pond was an expensive, well made piano, and they were often made of lavish and exotic woods with amazing detail to the cabinet work. Internally, these instruments would rival any manufacturer for excellence in design and quality. Like so many other renowned piano makers, Ivers & Pond was consolidated into the Aeolian-American Corporation during the Great Depression years.”

My grandfather, George Eugene Heels (1904-1974), and my grandmother, Vera Maude (Ray) Heels (1903-1995), purchased the piano while living in Michigan, circa 1926. It was delivered to their house via horse and buggy. It has moved many times: to Massachusetts, Maine, New Hampshire, and back to Massachusetts.

My memory is that Ivers & Pond upright grand pianos are strung with higher tension than most uprights – and that they keep their tune exceptionally well. Still, we had not tuned it since moving into this house in 2013. I remember watching and listening to a blind man tune the piano in Cape Elizabeth in the 1970s. This tuning was done by Artie Doran of Natick on the recommendation of our longtime piano teacher, Yale Beebee.

Inside the piano, embossed in metal (zoom in on the above photo) and printed on a label (see photo below), is the following information: 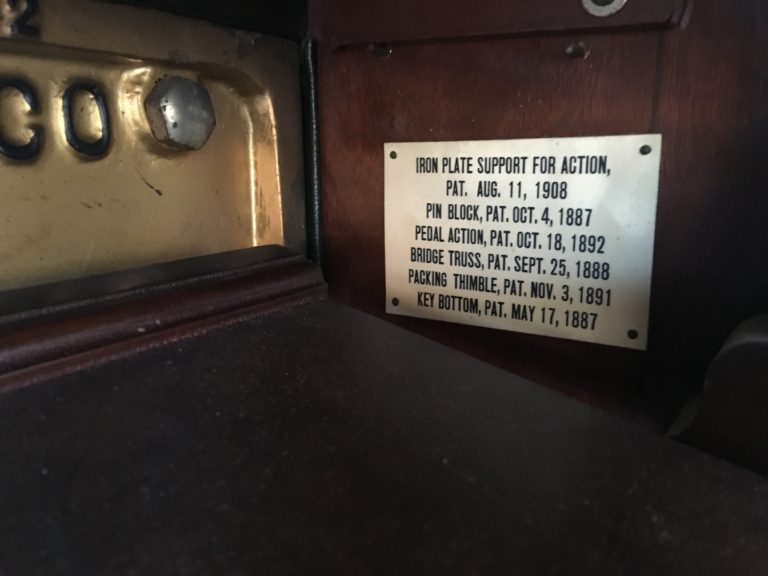 That’s two trademarks and six patents, but the patent numbers look all wrong, so let’s start with the trademarks.

There have been five “Ivers & Pond” trademarks filed, under multiple owner names, from 1958 to 2018. Only the 2018 application is still active (live).

I did not find any trademark filings for “Duplex Treble,” but this feature is described in a 1906 Ivers & Pond advertisement as: “the very latest device for increasing tone vibration in the treble.”

Based on the age of the Ivers & Pond company and the dates of the patents, the patent numbers should be six digits long. Perhaps the listed numbers are application numbers or something else, but they are not issued patent numbers. Fortunately, dates were also provided, which made finding the claimed patents a bit easier. The USPTO patent database is only partially digitized: full text from 1976-PRESENT, images only before 1976. Also, the earliest patents were not numbered at all, further complicating matters. Third party databases can sometimes help, but the metadata is inconsistent and unreliable (which, by the way, is one of the reasons why Clocktower does not do its own patent searches but relies on the biggest and best patent search firm in the country). By examining the dates, I was able to determine that they are the dates the patents issued, not the dates they were filed. The dates were all Tuesdays, and the USPTO issues patents on Tuesdays (odd, I know).

Here are the six decoded patents listed in my piano:

Of these, my favorite is #4, the “Packing Thimble” patent: 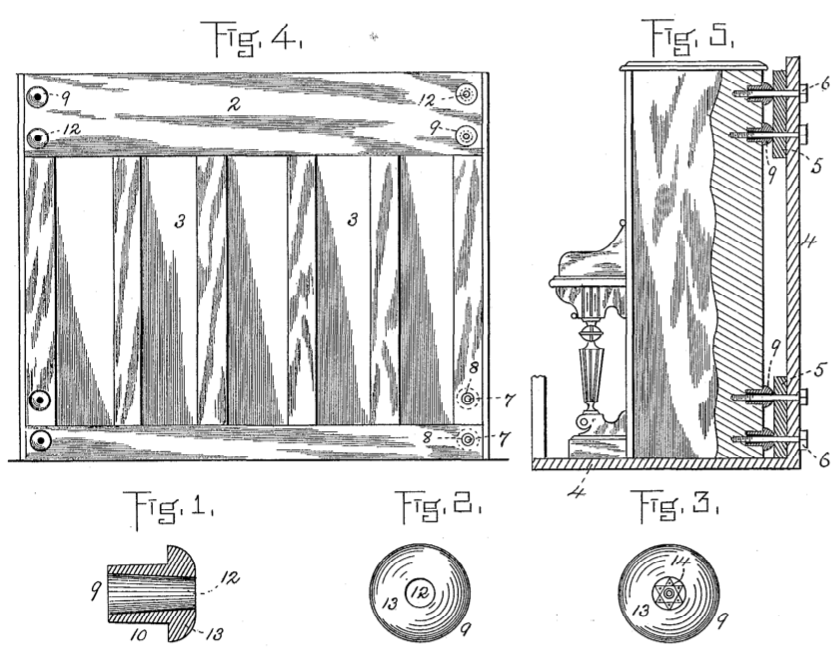 The others are all directed to making better/faster/stronger pianos. But the “Packing Thimble” patent describes a system for packing and moving pianos, which would be a very powerful patent to own! I would have loved to be in the meeting where Ivers and his lawyer decided to file that patent. “OK, the competition is designing around our piano patents, but we can make it more difficult for them to deliver their competing pianos. Let’s patent the packing thimble!” Or something like that.

Additionally, this patent is not listed in my piano, but it shows the structure of the back of a typical Ivers & Pond piano:

While trying to decode the patents listed in my piano, I also came across many other interesting patents, many of which are for products that we now take for granted:

My Old Piano Is New Again 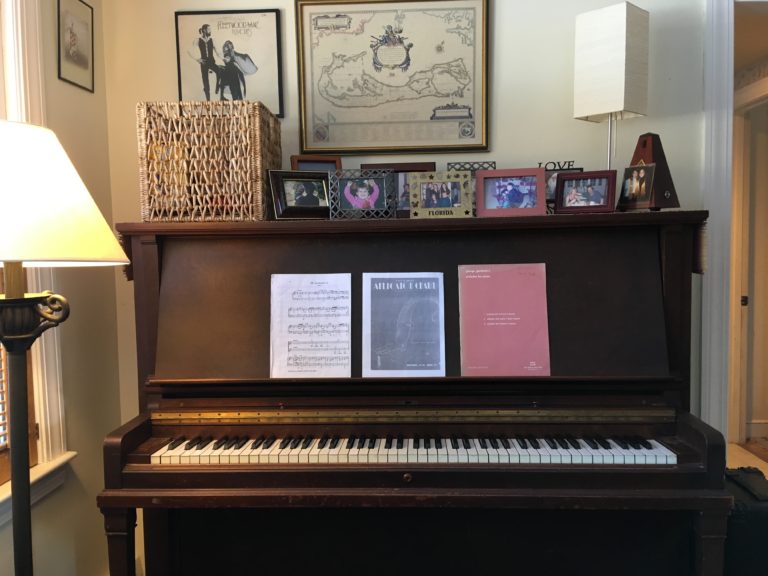 The moral of this story is that you should tune your piano every six months. And you should do a good job marking your patented products with your actual patent numbers. Otherwise somebody will write an article like this one. Thanks for making it all the way to the end. (Hi, Mom!)

17 Seconds is a publication for clients and other VIPs of Clocktower Law. Email version powered by MailChimp and the beat of a different keyboard player.