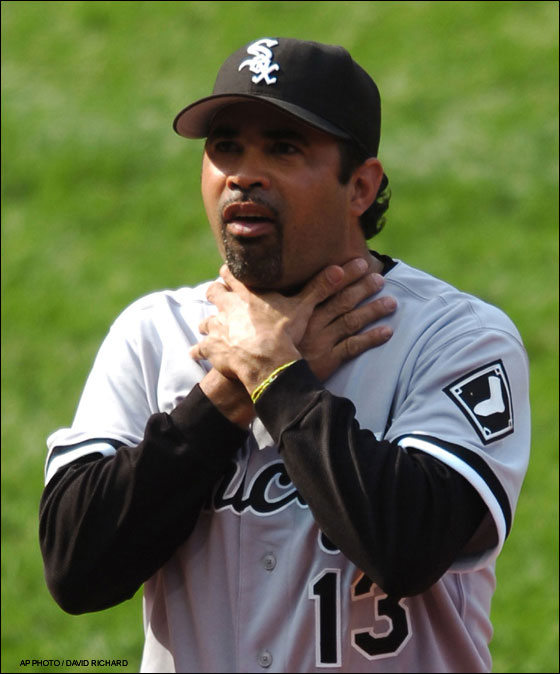 Can you guess who I’m rooting for in this series?

I am baseball fan, and I would love to see Chicago end its drought and win a World Series, especially after the Red Sox did the same thing last year. But I just can’t root for a team with Ozzie Guillen as its manager and Carl Everett as a player. I put those two in the same class: people who put themselves above the game and don’t care about how their behavior impacts the game. Neither will be looked back on favorably by baseball historians.

Some teams are just easier to cheer for than others.