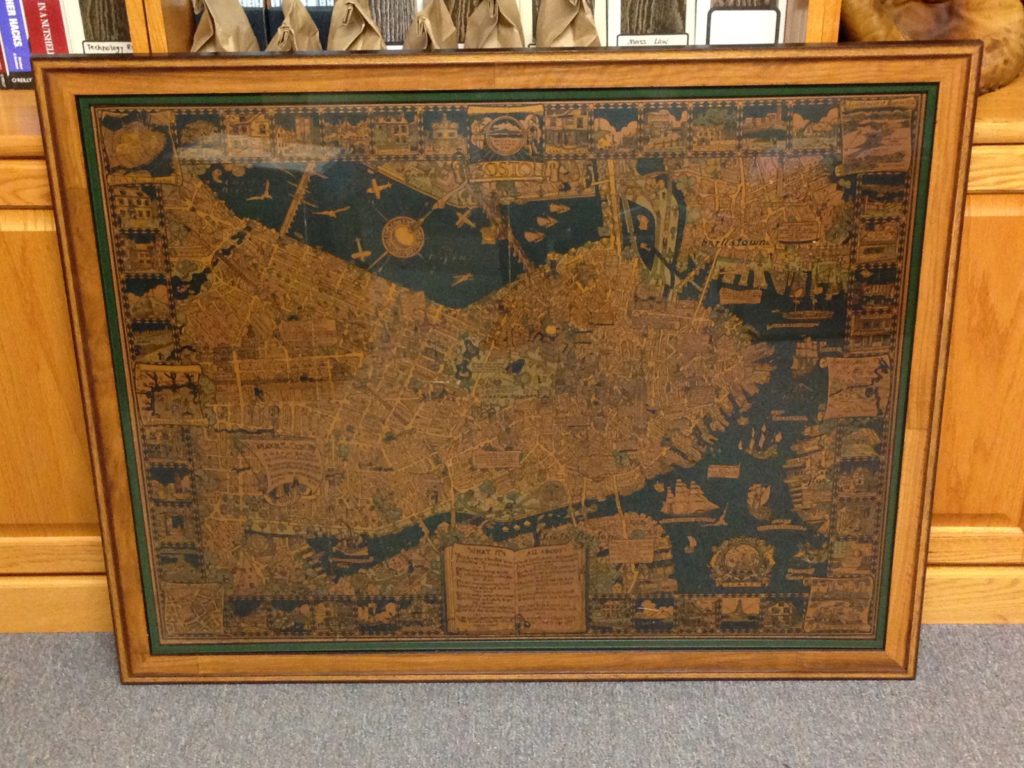 I have a great deal of affection for Boston, where I was born, where I went to college, and where I call home. When people ask me where I’m from, I never say, “Well, I live in Acton, work in Maynard, both of which are about 20 miles west of Boston. You know Concord? Just west of that.” What I do say is, simply, “Boston.”

The Boston MSA (Metropolitan Statistical Area), or so-called Greater Boston, basically includes areas within commuting distance of Boston proper. When I lived in Eliot ME (in the very southern tip of Maine), I still commuted to Boston and was still in the Boston MSA.

I grew up with an old map of Boston (a gift to my grandfather, George, from one of his patients) hanging on the wall of our living room in Cape Elizabeth, Maine. The Boston map was designed and drawn by Blake Everett Clark (1900-1979) and Edwin Birger Olsen (1902-1996) in the mid 1920s. Blake Clark and Edwin Olsen made similar maps, published by Boston-based publishing firm Houghton Mifflin Co., for Philadelphia and Washington DC.

I recently restored that old map (pictured above), which now hangs in my office, along with lots of Boston Red Sox memorabilia.

Studying that map on rainy childhood days is likely why I ended up attending school and living in Boston.

When I moved to Denver, Colorado, in 1998, I told folks there that the move was temporary and that I was moving back home to Boston. “But nobody moves away from Denver after moving here,” they told me. Somebody did, just two years later.

So yeah, no more Greater Boston. From now on, it’s Great Boston, because Boston is Great!