A second call for Freakonomics to clean up its act.

On Friday, I blogged about how Freakonomics posted a provocative photo on its blog and that the use was probably not fair use. As I investigated the matter, it became clear that Freakonomics was engaging in widespread image hijacking: namely, directly linking to photos on other websites, a practice that goes by many names, including inline linking, hotlinking, leeching, direct linking, and bandwidth theft.

So which is worse? Copyright infringement or bandwidth theft? Both are bad.

Which makes my post look erroneous while ignoring the underlying problem. Not the result I was hoping for.

Why is inline linking very very bad? We’ll let’s assume that you’re Freakonomics. And you post an interesting article about libraries (Google’s cache of the Freakonomics library post). And that post gets picked up by Reddit. And you servers get hammered. So hammered that you have to blog about how you couldn’t even access your own site. It’s one thing to copy an image and then have your own servers get hammered. It’s another thing entirely to link to an image on another website and have the unwitting third party’s server get hammered.

Which is exactly what happened with the Freakonomics library post. The image on that post is directly linked to (i.e. the bandwidth is stolen from) the Hammond Community Library in Wisconsin: 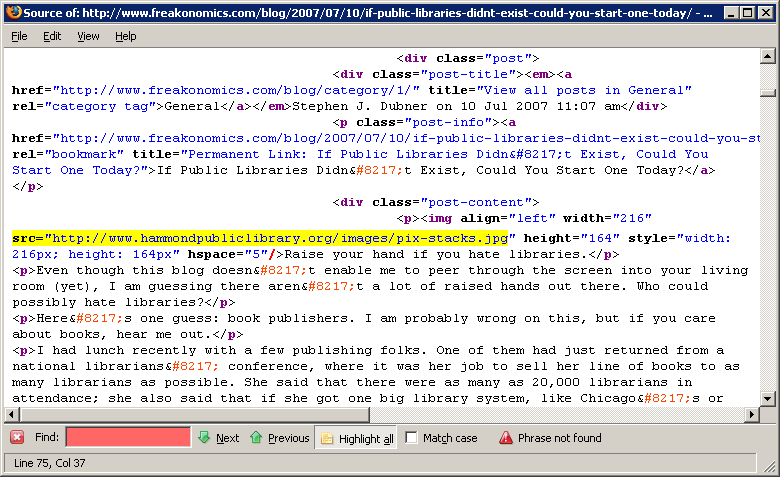 I wonder how a public library feels about having its bandwidth stolen to sell more copies of Freakonomics. 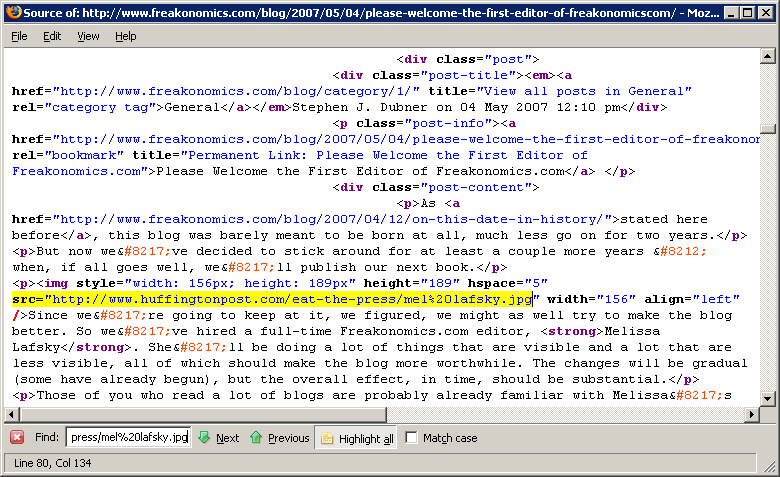