The clue train has left the station, and most publishers aren’t on board. 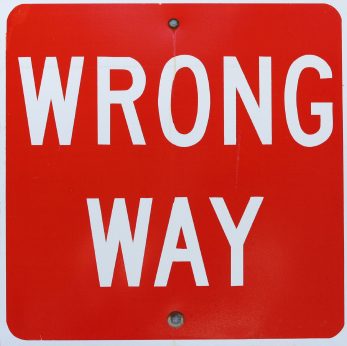 Worst Practices: Betting Against The Net

Since the phrase “the Internet” entered popular culture in the early 1990s, I’ve been preaching about the Internet’s many advantages. One of the Internet’s biggest advantage is ease-of-copying. Once piece of content can quickly and easily turn into many pieces of content. This changes everything. Or rather, should change everything. Yet publishers remain mostly clueless about how to leverage the Internet, insisting that the Internet’ biggest asset is a bug.

In November 2006, Google CEO Eric Schmidt coined the phrase “betting against the Internet” when he said (emphasis added):

Examples Of Betting Against The Net

When publishers provide partial feeds for their content – or no feeds at all – third parties step in to fix the problem. Gravity. You’re fighting gravity.

For example, I enjoy reading (and legally reprinting) the Dilbert comic strip and Scott Adams’s blog (by Dilbert’s creator). But Dilbert’s publisher, United Media, does not provide a Dilbert feed. Enter Tapestry Comics, which provides feeds for comics, both official and “unauthorized.” The Tapestry Comics Dilbert feed is a full feed. I read it in Google Reader, I share it in Google Reader.

The phrase “illegal feeds” makes a good headline, but it is legally accurate? Is “unauthorized feeds” accurate? Do you need the permission of the copyright owner to read their copyrighted works, or is this fair use? What about sharing an “unauthorized” feed item? Discuss.

Another example. Earlier this year, a certain blog about a popular (freaky?) economics book closed down its standalone blog and moved to a large New York City newspaper website. As part of the transition, the blog moved from a full feed to a partial feed. It’s ironic than an economics blog doesn’t get the economics of blogging. As with the Dilbert blog, an “unauthorized” full feed for the freaky economics book blog quickly popped up. I’ve been reading the unauthorized full feed in Google Reader, and I’ve been sharing it in Google Reader (alongside the inferior partial feed). And why do I not mention the blog by name? Because that blog has a nasty habit of changing stuff for the worse after I blog about them. So they shall now be known as “the freaky economics book blog that shall not be named.”

You can also use FeedYes to get feeds from sites without feeds. And you can use Yahoo search results as a proxy to gets feeds from any site since Yahoo provides feeds for search results. (Google does not. Why, Google, why?)

You can use BugMeNot to bypass newspaper registration pages. BitTorrent to find TV shows. And these are just the examples of betting against the Internet (and the workarounds of those betting on the Internet) that came to mind off the top of my head. There are many more.

Not Everybody Is Clueless

In contrast, Apple bets on the Net when it sells music tracks on iTunes for a reasonable price without copy-protection technology (so-called Digital Rights Management (DRM)).

I bet on the Net when I published my book “The Legal List” simultaneously in print (for a fee) and online (for free) using a Creative-Commons-like print-and-pay copyright notice. This was in 1992, fifteen years ago.

Railroads, electricity, the industrial revolution, television, the Internet. Each revolution has had its opponents. But every technological advance that increases efficiently is a good thing. When efficiency increases, qualify of life improves for everyone. Efficiency is good, inefficiency is bad.

Don’t bet against the Internet. I’d like to see the end of the dark age of the Internet in my lifetime.

3 Replies to “* Illegal Feeds And Betting Against The Internet”